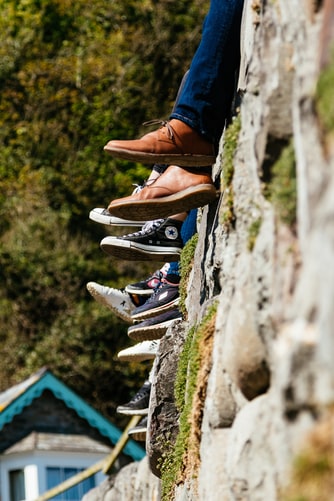 You know the human-made Covid-19 virus that’s currently knocking the world’s communities and economies on its collective arse? Well, wait till I get my hands on the bunch of American fifteen-year-old numbnuts who made it!

We all know it’s a human-made virus, because there are people on the internet saying so. America made it to smack their ‘enemies’ around a bit, they tell us. Show them who’s boss. Take it to Wuhan, in China, and accidentally-on-purpose release it there. But – oops – the evil scientists who made it (I’ll come back to the fifteen-year-old numbnuts in a moment) appear to have forgotten about the bit where it’s hard to control a virus and contain it within a specific area. They also forgot about the bit where it can come back to bite you on your own arse, especially with the amount of international travel now. And were they sleeping during the lesson where they were told that if they wanted to indulge in viral warfare, then you make a virus that will wipe out entire populations? You don’t just make a virus to make some of the people sick, of whom a smaller percentage may die. And then hope that it doesn’t come back and bite you on your arse.

Or maybe it was the Chinese who made the virus to smack their ‘enemies’ around a bit, and – oops – it escaped into their own country. A quick meeting amongst the authorities ensued, and it was decided to use the Wuhan vile, rotten, repulsive wet markets as the scapegoat. They were well aware of what outsiders, especially Westerners, think of vile, rotten, repulsive wet markets, so it took about five minutes to decide on that one.

Here’s how I think it went down.

A group of fifteen year old computer geeks (‘geek’, however, is not an insult), tired of making computer viruses and crashing systems around the world, decided that it might be more fun to make a biological virus for a change. As an aside, I’m banking on them being fifteen-year-olds, because, as old as I am, I still remember my fifteen-year-old brain had close to zero concept of the consequences of any action for which I hadn’t already been punished several times by my parents or teachers. Anyway, these computer geeks know that they haven’t got all the skills they need to make a biological virus, so they say to a bunch of fifteen-year-old science geeks “Hey, wanna do something fun?”

The science geeks say “Hell, yeah”, thinking of stink bombs and super-stink fart cushions. When the computer geeks explain their plan, the science geeks get on board because showing how clever they are might mean that they’ll get a job with the CIA, or similar, when they finish school. Getting secure paid work in the sciences can be hard, so anything to give them a leg up sounds good.

Then they convince some fellow American to take the virus to China and release it. How exactly a bunch of fifteen-year-old numbnuts convince anyone to do that, I don’t know. But hey, this story is on the internet, so it must be true. Imagine their glee when it works! Suddenly all these Chinese people are getting sick. Success! think the fifteen-year-old brains.

Soon, success turns to “Oh, shit”. The numbnuts squabble amongst themselves, and try to figure out what went wrong. No one ‘fesses up to messing up. Truth is, they all messed up their assigned tasks, because they’re fifteen-year-olds playing with fire with no adult in the room. They disperse, having made a vow of silence amongst themselves, solely intent on saving their sorry arses. The computer geeks get busy creating multiple conspiracy theories to deflect any investigative light being shone in their direction. It works a treat.

And that’s my story of how I reckon Covid-19 got made. It’s as good as any others I’ve heard.

PS: For the record, I don’t actually think there’s anything wrong with being fifteen years old.