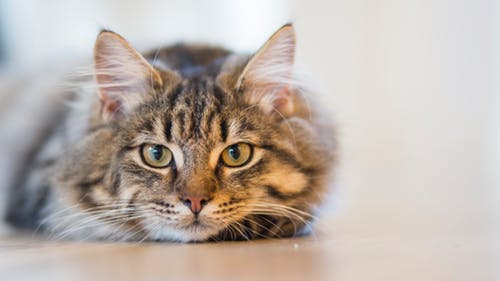 He watches me as I get undressed, and put on my flannelette pyjamas. Defiantly, I tuck the top into the pants, in the way of the old and the very young. I am of an age where I will wear what I want, how I want, and where I want. Okay, maybe I’m not gloriously bonkers enough to go the whole hog with that just yet, but I will wear flannelette pyjamas with the top tucked in, if I want to. So you can stop giving me that look, I tell him.

Flannelette pyjamas are unglamorous, unpretentious, and totally fab. It’s like giving the finger to ‘woman’s magazines’ each time I don them. I know, I know – I’m such a rebel!

He turns his head away nonchalantly, but I’m not fooled. I have been with him long enough to know his moves. This is classic pretence. He thinks I will be lured into a false sense of security. Not anymore, boyo. You’ve caught me with that scam one time too many.

Now comes my pièce de résistance. I have devised a cunning manoeuvre to outwit his play for me when I’m vulnerable. I am delighted with my deviousness, after being at the mercy of his claws in the dark for too long. The torch in my bedside drawer has become my weapon of choice to defeat his dastardly attacks on my ankles. It fits neatly into the palm of my hand, but its small size is deceptive. Its powers to keep me safe are far greater than its size would suggest.

Torch in hand, I walk over to the light switch by the door, and plunge the bedroom into darkness. This is when things can get dangerous. He sits on the floor in between me and my bed, waiting for me to pass him. He has placed himself strategically. Whichever side of the bed I choose to get in, I have to go past him. The atmosphere gets tense.

I turn the torch on, and shine it in Patrick’s face. It’s not very bright, so he doesn’t blink or flinch – but he knows I can see him. Keeping the light in his face, I edge past him walking backwards towards the bed. I don’t fully trust that the light will always keep him at bay, but at least I can see what he’s up to. When I reach the bed, I sit on it, torchlight still on his face, then quickly pull my feet up off the floor and under the duvet – because there’s always a chance that one night the torchlight will no longer hold him back from launching the dreaded ankle attack. My sense of utter delight in outwitting my cat’s claws once again, and making it safely to bed, is puerile and pathetic, but the triumph is still sweet every time. Sometimes, I actually cackle with glee at my cleverness. Such is my life. It’s really not that much of a stretch to understand how one becomes a ‘crazy cat lady’. Although it usually takes more than one cat to be truly worthy of that title.

When my elderly mother (since passed on) went into the rest home, I inherited Patrick from her. He’s been a shit of a cat since day one. About ten or eleven years ago, mum got emotionally blackmailed into taking him into her home by one of her grandsons (you know who you are). Patrick was about to be abandoned by a callous young woman – who really deserves a much harsher expletive word to describe her – when the flat she was in disbanded. Far from being humbly grateful for his rescue, he retained and continued expressing his ‘rugged’ personality.

I’m not wishing for Patrick’s demise – truly – but when he does go to cat heaven, I dream of a cat-free life. This may be the joke of the century. One of my sisters, she who is the mother of the afore-mentioned grandson, works in conjunction with Cat Rescue. Need I say more? In the meantime, Patrick will not tolerate any other feline within his line of vision, so I firmly remain a one-cat household, at the moment. However – and I won’t say this to his face – I think he is getting on in years too much now to engage in dust ups with the younger cats who happen to wander onto the property.

Which is probably why he goes for the low-hanging fruit – i.e. my ankles. He gets to keeps his ‘hand’ in, without too much risk. Before I discovered the secret power of torchlight, I got a regular slashing from him, as I made my way to bed in the dark. He was king of the slash. I was the queen of swearing and threatening him with dire consequences, which both of us knew were never going to happen. Once I’m in bed, Patrick’s personality undergoes a metamorphosis. He jumps up to join me, all sweetness and purring, and we snuggle down to sleep together in peace and harmony.

The nighttime ritual is completed.

8 thoughts on “Confessions of an Amateur Crazy Cat Lady”