Clementine Ford is an Aussie feminist who doesn’t mince words –

We don’t need to keep lamenting the loss of opportunities for men who squandered the privilege of that position in the first place.

The rising tide of famous men named in the post-Weinstein era of the #MeToo movement has exposed what many of us have long understood to be true – that powerful male “genius” is regarded not just as a law unto itself but as so essential to the world that it must be allowed to unfurl itself where and how it pleases.

We’re seeing this view expressed once again as Geoffrey Rush’s defamation case against the Daily Telegraph continues. Rush is suing the Sydney tabloid for publishing claims he “behaved inappropriately” towards a fellow performer while appearing in King Lear for the Sydney Theatre Company. In April, an affidavit filed to the federal court described Rush as a “virtually housebound” figure who “wakes up every morning with a terrible sense of dread about his future career”.

Rush denies the allegations and, since they first appeared, he has been predictably surrounded by a chorus of support from people who cannot help but worry about what irrevocable damage will be done to the world if one less man is heralded within it.

The same fears announced themselves during the confirmation hearings for Brett Kavanaugh. Will no one think of the men’s prestigious careers?

But this collective angst is misplaced, and not just because the protection offered to privileged men grossly overestimates their general importance to the world. Geoffrey Rush is a fine enough actor, but the world would quite easily survive not seeing him in another film or on stage. He at least has had decades of opportunity. 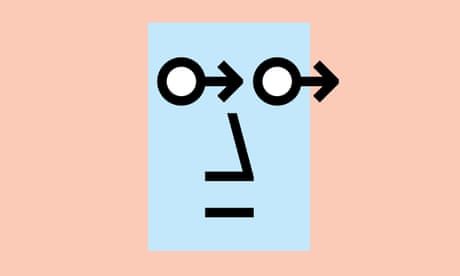 The male glance: how we fail to take women’s stories seriously

You want to talk about ruined careers? Look at what happens to the women who dare to speak out against or refuse the advances of powerful men. Listen to what’s been said about Eryn Jean Norvill during the course of Rush’s defamation suit. If the Daily Telegraph is guilty of anything, it isn’t the defamation of Rush but the anxiety and tangible damage they’ve invited upon a woman (who did not consent to speaking publicly) now viewed by many as orchestrating his apparent “demise”.

Norvill isn’t the only victim of this backlash. Harvey Weinstein saw to it that the women who scorned him were blacklisted in Hollywood, the already finite window of time allowed to female actors slammed shut in their face because they refused to pay the toll of entry. Mira Sorvino, Annabella Sciorra, Rose McGowan – these are just some of the names we know whose careers were thwarted by a man who only now, after decades of impunity, has to face the possible consequences of this.

And what of the women whose work we’ll never see at all, because abuse, trauma and exploitation derailed their carts before they even made it on to the tracks? The artists, the writers, the orators, the politicians, the thinkers, the musicians – all the genius undoubtedly lost, because the rights of powerful men to continuing “making mistakes” are still held as sacrosanct to integrity of culture? How many women have been either forced out of their industries or chose to leave because the man-made obstacles being placed in their path became too mammoth to scale?

Well might Rush fret that his career is over, but history shows the likelihood of that is slim to none. It is infinitely more likely that Norvill will suffer an impact, just as Christie Whelan Browne and Erika Heynatz feared would happen after they both spoke out against Craig McLachlan.

There are other names, of course, men (and at least one woman) accused of using their fame as a cloak for their peccadillos. There are even famous men who have admitted their behaviour, although far fewer who’ve made genuine apologies for it. Why would they need to? There are scores of onlookers willing to excuse them, some of them driven by fandom and others simply by the belief that men in possession of power, privilege and station should also be granted an extremely long leash.

But still, people whine about how the collective shriek of women’s anger and outrage will impact men’s careers. What will we do without Louis CK?! some people cry. Are we just expected to throw out the works of Picasso now? To never watch the movies of Woody Allen again? Are you seriously expecting us to give up on [GENERIC WHITE MALE WRITER WHO ROUTINELY SCREWS YOUNG WOMEN]?! Can’t we separate the aaaaaaart from the aaaaaaartist?

Here’s a radical idea. The world would be fine without Picasso. We will survive without the self-pitying comedy of Louis CK. Woody Allen was over long ago, and there are enough depressed white men writing turgid literature to cover the field. We don’t need to keep lamenting the loss of opportunities for men who squandered the privilege of that position in the first place.

We’ve spent too long thinking and worrying about men’s careers. It’s time for us to mourn what has been lost, and see to it that we don’t keep telling that same, boring story over and over again.

• Clementine Ford is an award winning writer and speaker from Melbourne. She is the best selling author of Fight Like A Girl and Boys Will Be Boys.