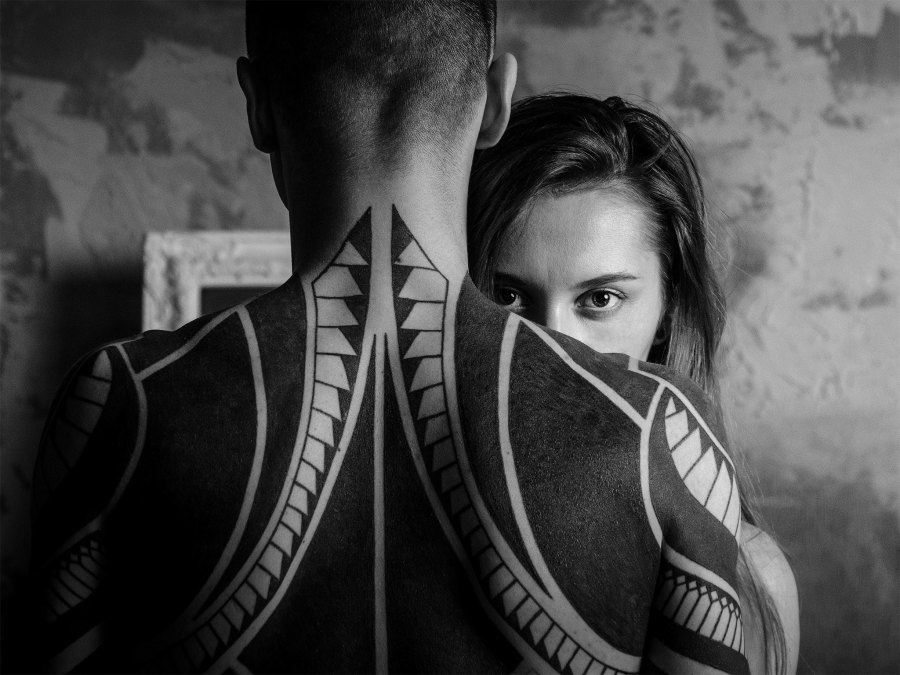 B was a nice guy.  Like all us humans, he was flawed and a bit of a dick in his own way, but nothing too serious.  In fact, from memory, he seemed to have a reasonable set of ethics.  He was attracted to me, but I wasn’t attracted to him.  There was no stand-out reason for this – I just wasn’t into him.

There were six of us – sometimes more – renting a big old house in Sydney.  Half of us were Kiwis doing a bit of OE.  Sydney and London were the most popular choices for this, with London being higher on the fab scale, but Sydney was closer.  All of us in the house rubbed along okay for the most part, shared meals, and socialised together now and then.  On sunny afternoons, if a few of us were at home at the same time it wasn’t unknown for us to hang out together, pass around some weed and sip some wine.

On the surface, there was nothing unusual about the afternoon that B decided to make his move on me.

Although, one thing was slightly unusual – we all decided to take a siesta on this particular afternoon.  I say it was unusual, because being young, we could usually get a bit wasted in the afternoon, and go on to party into the night without the need for a nap in between times.  However, on this day, something sent us all to snooze the remainder of the afternoon away.

I had just gone into my bedroom, when B came in behind me and shut the door.  He proceeded to push me down onto my bed, and started trying to kiss me.  Of course, I struggled. I  mean, this was intimidating stuff!  I am not a big woman, and B was a big guy.  I both knew and didn’t know where this was going, but definitely knew that I wanted to escape from it if I could.  He had taken me by surprise, and I was feeling attacked, although he hadn’t hit me.  Looking back on this from the safe position of many years later, I would be surprised if B thought of what he was doing right then as attacking me.  Clearly, he knew what he was doing, but I am hazarding a guess that he thought of it more as winning me over, or showing that he was attracted to me, as opposed to attacking me.

The f*cked-up-ness of patriarchal ideology, eh?  B was not a rapist, but still appeared to have absorbed the messages that getting sex by applying pressure or coercion was okay.  Because women have one of the means by which men can assuage their sexual urges, the message is to do whatever they can to get the women to give it up to them.  And afterwards?  “Oh, you mean there’s an afterwards? I didn’t know I had to think about that once my bags were empty.  Nobody told me that I had to care about the afterwards part, where one of the party might not feel okay.  However, if I love her, or I think I might get to love her, I will definitely be nice to her afterwards”.  Women and men can both treat each other badly in love and sex, but the message of ‘winning’ sex is patriarchal in nature.

Although size is not always indicative of who the victor will be in physical struggle between women and men, the man will usually win that struggle if it’s based purely on strength and nothing else.  I most definitely wasn’t winning the struggle with B, and giving in to him started to seem like the best way to just finish this.  I figured that letting B have sex with me wasn’t going to be the worst experience of my life.  So, I stopped struggling.  There was a moment of stillness as B stopped fighting me because I was no longer fighting him.  We made eye contact.  Something happened in that moment – I saw it in his eyes as he suddenly recognised what he was doing, and remembered he was not the sort of man who did this.  With an “Oh, shit” he got up off me, and left my bedroom.

Later, he apologised to me, and I knew he was sorry that he had done what he had.  I made some comment about it being okay, because I believed that it was.  I was a bit shaken by the experience, but not overly traumatised by it.  Nothing I couldn’t move on from.  I was in my early twenties, and just by the mere fact of being out in the world meant that I had been groped and sexually propositioned by guys for years.  By doing nothing more than the average guy does – probably even less – it exposed me to being fair game for sexually-based offensiveness.  Not that all guys were (or are) like that, not by a long shot.  Many were well brought up enough, or had enough personal ethics, to not be like that.  But enough were so that being sexually disrespected, in both minor and major ways, wasn’t an uncommon or unexpected occurrence.

However, it turned out it wasn’t really okay.  B had crossed a line, and I lost respect for him.  When a couple of opportunities eventually arose for some payback, I took them.  Did I feel good about it?  Not especially, but I don’t regret feeling that I got a bit of my power back.

So, why didn’t I yell and make a fuss when I was struggling with B?  I’ve pondered on this, and I believe that it was down to how I was encultured back then – and what is still lurking in our culture.  Unlike the high expectations of good behaviour placed on women and girls, and the ‘punishment’ we experience if we fall from grace, our current patriarchal culture considers a certain amount of bad behaviour from guys as normal.  Woman may get shaken up and disturbed by it when they’re on the receiving end, but unless it is extreme and physically dangerous, we don’t make a fuss.  Why don’t we make a fuss?  Even though we may not be submissive, we still learn that we must keep things okay for men, and stay onside with them.  They still mostly have more social, business, financial, and physical power than us, and if they’re okay, we’re okay.  We’re reluctant to risk escalating a situation to an extent that might make it worse for us in some way.  It’s also humiliating to be a victim.  It’s humiliating to get disempowered, and have people know it.  I have the utmost respect for those women and men who come forward and accuse their abusers, in spite of that.

Although I know that women can treat guys badly, too, it’s more often from a place of a personal lack of integrity, rather than from a position of simply having the ‘power over’ to do it, although that isn’t entirely unheard of, of course.  This story, though, is about my experience of being in the world with men – which is similar to many women’s experience – who either deliberately or unintentionally use their power in inappropriate ways that have been normalised by our culture.  There are many twists and turns that have created this mind-set, and the process of untwisting it is arduous and confronting work, and can only be done in willing collaboration.

I know that men can feel unfairly pilloried by these sorts of stories, which they ascribe to just being random bad acts by a few.  However, from a woman’s perspective, these acts are a pattern of male behaviour, with a variable scale and application of force, violence, and intent.  We are programmed to be aware of this, whether or not the men we interact with have any desire or inclination to turn nasty.

Interestingly, even though I have already made a few statements of appeasement for men throughout this story, I find myself wanting to finish off with another one.  I realise that I’m just doing what women do – i.e. trying to stay safe.  I decide to live dangerously, and not make another appeasement.

Notes on the Journey

Exploring best practice and research in sexual violence. A loud voice in the fight against victim blaming. Written and Managed by Jessica Eaton, Doctoral Researcher in Forensic Psychology

"Propaganda is as powerful as heroin; it surreptitiously dissolves all capacity to think." — Gil Courtemanche

The latest news on WordPress.com and the WordPress community.