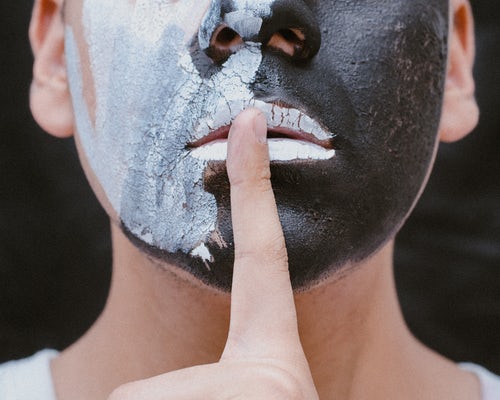 Late Sunday morning – the ratbag tabby is in his usual curled up position of slumber in the corner of the couch on the fluffy cushion, which is somewhat flattened now by ‘occupational overuse syndrome’.  I’m wasting time on Facebook, when I’d actually prefer to be doing something more constructive.  Suddenly, violence breaks out next door.  At first I’m wondering if what I’m hearing is really what I’m hearing.  These are not the sounds we normally hear in our neighbourhood, not that it’s an especially genteel area, or anything.  When I see the cat sit up with an anxious look on his face, and then slink off to hide under the bed, I know it’s real.

A guy is yelling very aggressively from the inside the house next door, and things are being banged and slammed.  It carries on.  I go outside, all I can hear is his angry voice and the accompanying sounds of violence.  I can’t hear female screams or shouts, even though I know that the tenant is a woman, I can only hear him.  With any luck, she has got herself somewhere safe.  I cup my hands around my mouth – for greater sound travel – and shout over the 1.8 metre paling fence “Are you all right?  Do I need to call the police?”  I’m shouting out to the woman, but I also want him to know that this would be a good time for him to stop what he’s doing.

A door slams.  The guy has come outside, and tells me to “get fucked”.  Maybe my interference has at least made him stop the violence inside.  However, he still sounds wound up and aggressive, so I’m not sure it’s completely over.

“Do I need to call the police?” I shout out again.

“Do I need to call the police?”  I don’t respond to his abuse.  I continue harping on with this one question, asking it in a shouty voice as firmly as I can, in order to penetrate his anger and make him eventually hear it.   In reality, even though there’s a 1.8 metre fence between us, my knees feel just a tiny bit weak.

“Do I need to call the police?”

“Mind your own fucking business!”

“I’m fucking trying to, but everyone’s in my fucking face!”  A telling indication that he’s fully aware of his behaviour.  He’s indulging himself with anger and violence, because he can.

But of course he doesn’t.  He cusses me some more, then gets in his car and roars off.  Not good to be driving angry like that, but at least he’s off that property.

I want to go and see if my neighbour is okay, and ask a male visitor at one of the other flats on my property if he will come with me.  I don’t expect to encounter Angry Guy there now, but I feel better with some backup, nonetheless.

She doesn’t answer the door to my knock, but I half expected her not to.  I call to her, but still no response.  I don’t know whether she hasn’t heard me, doesn’t want anyone making a fuss about it, or she is hurt and can’t answer.  We go back home, and ponder the situation.  Then a car with a couple of young adults in it drives into the house next door, and it seems that the tenant might have rung her daughter or son to come and get her.

Back inside my own flat, I wonder whether to inform the landlady of the house next door about what has just happened.  I have her phone number for reasons which have nothing to with spying on her tenant for her.  The tenant has been there for several years, and she and her landlady have a very good relationship, but the landlady still has a right to protect her property from the damage caused by violent outbursts.  I dither over whether or not to inform, not wanting to cause problems for my neighbour, either with her landlady or with the angry guy.  However, I don’t know if this violence will happen again, or not.  If it does, then it’s good to have an ‘audit trail’.

As I’m going backwards and forwards with this, I realise that I’m defaulting to that thinking of “don’t make a fuss, after all my neighbour doesn’t appear to have been beaten” and “she won’t thank me for drawing the landlady’s attention to what happened” and “I don’t want to sour my relationship with my neighbour, by her knowing that I grassed”.  I’m shocked when I realise what I’m doing.  What this thinking does, is keep the guy safe.  It protects him from the consequences of his actions.  Silence is his best friend.  I’m not dismissing the very real danger that women can find themselves in from the actions of a murderously angry man, however, staying silent when we won’t suffer actual harm from speaking up keeps him safe and free from consequences.  It enables him to think that only extreme violence is wrong, because that’s when you’re most likely to get caught, but lesser violence doesn’t matter.

Whether or not my neighbour doesn’t want a fuss; whether or not it sours our neighbourly relations if I report it to her landlady; whether or not my neighbour was or wasn’t beaten during this fracas, I don’t want to protect this guy from some consequences for his violence with my silence.  I understand that we all get angry sometimes, but the level of violence he indulged in to express that was not okay.  My neighbour might not want the fallout from my refusal to stay silent, but violence only ever escalates, it never diminishes without intervention.  I don’t owe it to this guy to stay silent, and I don’t owe it to my neighbour to enable him.  I text her landlady, who thanks me, and I leave it in her hands.

I don’t claim that everyone is always in a position to speak up safely, but on that day I’m glad I was.  Perhaps I should have called the police immediately.  If there’s a next time, maybe my first warning shout to try and de-escalate it will be “I’ve called the police!” – done deal.  Still, now he knows that I know he’s there, and I won’t be minding my own f*cking business.