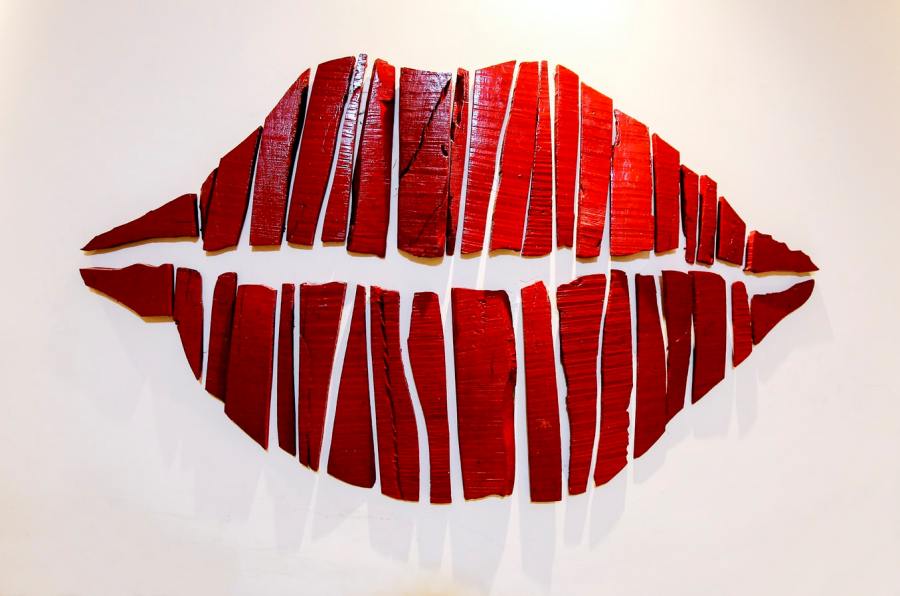 Some time ago, more than a year from memory, I was at the dentist being seen to by a young man who wasn’t my regular charming dentist-man. I’d have to say that having a charming dentist does make a visit there somewhat less unpleasant.  Although, having suffered ‘torture-house’ ministrations from school dental nurses in my young days, a dentist would have to dazzle me senseless before I ever stopped gripping the arms of the dentist chair in a grip that would leave Hercules with bruises. The stand-in dentist I had on that occasion, though, was much more than charming, he had a suggestion.

I have a non-serious thingy on my lower lip a bit like a blood blister. It started off as a tiny dot about thirty-five years ago, and has gradually grown to become sizeable enough to be noticeable. It’s never caused me any problems, nor much in the way of anguish at ‘marring’ my appearance, but when the dentist suggested that I could probably get it dealt a death blow on the public health system, I thought “why not?”. And like magic, some time later I got a letter from the Christchurch Public Hospital to say that I was on the waiting list.

Then Covid struck, and I thought that that was the end of that for a while, maybe a good long while. But surprisingly it only seemed to put a small glitch in the Public Health Care machine, and a couple of months ago I had my initial consultation about dealing the death blow to the thingy on my lip. The doctor said it would be uncomfortable, as in could be pretty painful, but I womaned-up and agreed to proceed. So, six days ago I was back there ready and staunchly prepared for what was to come.

Hmmm…..that last bit was a tiny lie – actually, a big lie, because I was as nervous as hell.

It turned out that I didn’t quite understand that the discomfort, as in the pain, would all be in the following days after the death blow had been dealt. The death blow itself was a piece of cake. The after-death-blow was a different story. I got a prescription for four different kinds of pain-killers, each one a bigger beast than the one before, with instructions on how to escalate the dosage as required, and then wean myself off. By this time I was getting close to being incapable of thinking more than two-word thoughts that began with an ‘f’ and ended with ‘me’. Between the doctor, hand-written instructions, and the pharmacist, I finally got the pain-killing pills process into my head. Jaysus, this multiple meds-taking business isn’t easy. No wonder people can muck it up. I keep my fingers crossed that I continue to stay meds-free for as long as possible.

I left the hospital with a fat numb lip, and an armful of pain-killers. I was very quiet in the taxi going home, wondering what was in store for me over the next week. Once home and inside, I lined the beasts up on the kitchen benchtop in the order I was told to take them in as required, and waited for the anaesthetic to wear off and the for the pain to start.

And waited. Then waited some more. Nothing. Still nothing the next day. I began to feel cautiously optimistic, but didn’t quite trust that the pain wouldn’t ambush me just as I was relaxing. Six days later, and Pain still hasn’t come visiting. I’m beginning to relax. But I still like knowing that I have an army of painkillers lined up on my benchtop ready to spring into action should the need arise. I noticed today, however, that they had been pushed a bit further back on the benchtop away from prime grabbing position.

This coming week, Sis and I are off to Dunedin for a couple of days on Secret Women’s Business. I was wondering if it was going to be a drugged-up couple of days – in a different way to what it would once have been – but it seems that all will be well. Maybe I’ll pop a beast or two in my bag, though, just in case 🙂